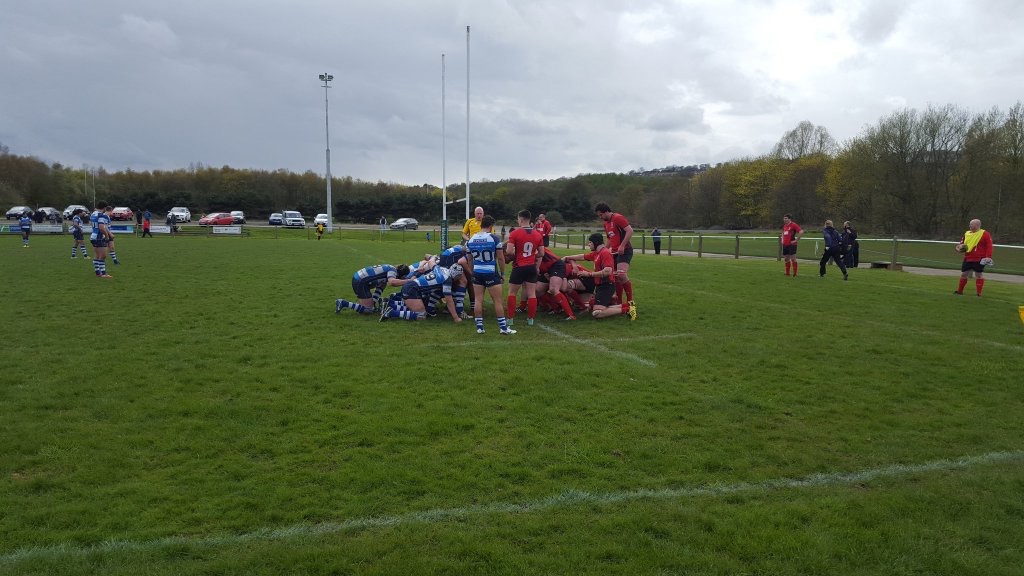 Blaydon brought down the curtain for the season at Crow Trees with a rousing performance, particularly from the forwards who had the upper hand throughout, driving the visitors off their own ball in the scrum, and backwards at an alarming rate when driving for the line.
Darlington had the advantage of the first score on 7 minutes but had few opportunities thereafter and have now won only 1 out of 4 ‘Derby’ encounters since joining Blaydon in National League One.
Director of rugby Micky Ward was full of praise for his side, saying “We had a good balance of a team out there non today, we had the bit between our teeth and the lads performed”
Winger Jake Henry got the opener when he latched onto a long pass to race in at speed, Chris Auld converting, but Blaydon were quick to respond when they won a line-out against the throw. Tom Rock stormed into the 22 for Ben Stevenson to show a clean pair of heels to the Darlington defence, Andrew Baggett adding the extras.
The visitors lost a player to the sin-bin when they pulled down a Blaydon drive but it was still 7-7 at the interval. Two minutes into the second period however another Darlington infringement was punished by Jason Smithson, in the usual manner from a line-out drive, his 25th try of the season.
Park then had a spell on attack with some smart passing but only leading to their downfall when they threw out one long pass too many. Stevenson intercepted just outside his own 22 and set off unchallenged for his second score of the game.
Baggett again converted and also added a penalty to take it to 22-7 but quick thinking by Darlington replacement scrum-half pulled back 7 points. Receiving possession not far out he dummied to move it on and shot through under the posts, converting the effort himself with a drop-kick.
Blaydon’s lead was down to just 8 points and all their good work might have been in jeopardy but with time running out they put together a final attack through the hands for Tom Grimes to finish off in style down the left.