Bricks’s first league game ends in narrow defeat, as we run out of subs and finish with walking wounded again. Injured this week included; Divers knee, Stu B shoulder, neither of which would come off, Keith W shoulder, Keith O back, Harry back, Craig back, and no doubt more.

The display again was full of spirit and commitment again we went into the game with players playing out out position for us, Daniel on the wing, Strachs in the centre, Steve Sewell in centre, Keith O propping and Divers at Flyhalf

The game was also Lowsey’s debut as an openside, to which we received a running commentary to the side line from him. His debut was impressive, he was all round the park, went down on the ball to secure turn over, got shoe’d a bit for diving on the wrong side, but avoided a yellow card, just.

Highs and lows:
• We got caught napping at the very start as our new look back division we’re sorting out i ts defence, they ended up out numbered and Ash went in the corner with a simple handling move.
• Bricks response was tremendous as they went on the ascendancy, but Ashington were always dangerous with more pace in the back division.
• Billy made a great run from the 22, for Ashington to be heard shouting, ‘he’s a prop catch him’
• Harry made a good break into the 22 but seemed to spike the ball, rather than complete the pass
• Our line out worked well as did our scrum for a good period of the first half until Keith O got injured playing prop for us.
• Our first try was a good interception and run in from 22 by Billy as Ashington tried to play the wide game
• Lowsey got a good backrow try and was just pushed out for a second as he and Harry went blind.
• Long haired 7 putting himself about the pitch was sent flying, when he ran upright into Strachs.
• As Ash tried to throw the ball wide again Goggle was so close to an interception and run in, it just slipping out his fingers
• We were unlucky not to get another score that at least would have gave us a extra league point for within 7 points as Stu went over but by the time the ref was sighted ashington had lifted the ball off the floor.
• We were close on a number of other occasions, it could have been a lot different result, with: 1. Strachs held 2 yards short be a winger, 2. Strachs (centre remember) came in at a ruck and took the ball and tride to crawl over the forwards and 3. Lowsey who made a 30 yard break around the fringe, but his legs weren’t there to side step the last defender.

Got to mention Lowsey warm down gear, (Norma Batty tights) says it will stop aches and pains, may have to buy them for all the forwards, will they work on bad backs and shoulders…… 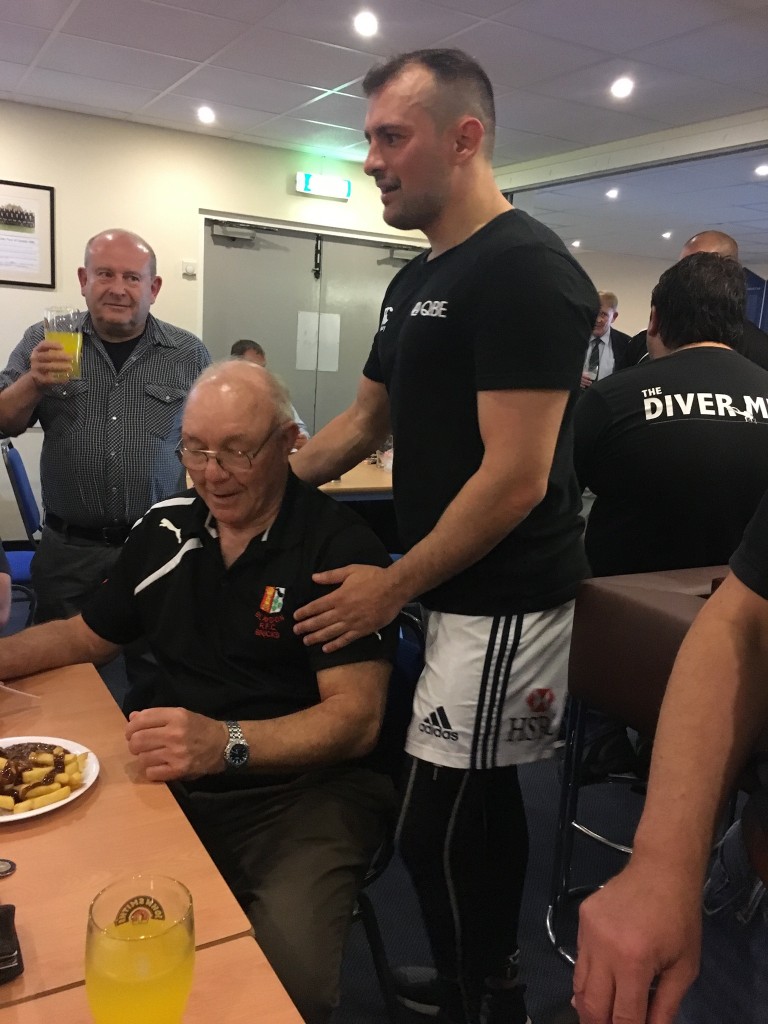 Next week we have another league encounter with Medicals at Crowtrees, let’s hope we have more bodies available for chasing the whippets ……