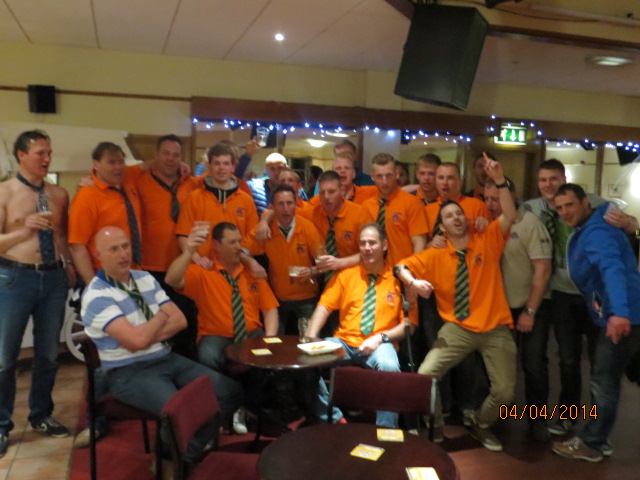 With the Bricks playing the 4th Team Cup final the next day a very mixed team was assembled for a social game with RF Gouda touring Newcastle. It had:

– U17s, U18s
– guests,
– Phil Ritson (on the wing, Howey, was doing selection)
– Jason Leng on the wing first, for 10 mins before resting and coming back on later,
– John Curry who was talked into playing for a seat on the Cup final bus the next day,
– Hopey turn out and got some abuse
– ??

With Gouda having arrived that morning and spending a few hours in Newcastle Bars it took them a while to sober up, so the first half was mainly Blaydon and second half Gouda scored all their points.

– Jason try saving tackle, then a few missed
– Young Mr Cooney was substituted for running the length of the pitch and jinking past too many players
– Ritson dropping to a praying position in the hope an overhead kick to the wing would bounce out
– Matty Bell, now on 8 trys, is this the try that blows his brother Rob out of the try competition this season
– the look on Marcel face when John Curry stepped up to drink against him in the pint competition
– Gouda had 3 German lads with them who they met on the ferry and one played for them

Fill your boots, enjoy the ‘toon’ – What goes on tour, stays on tour.