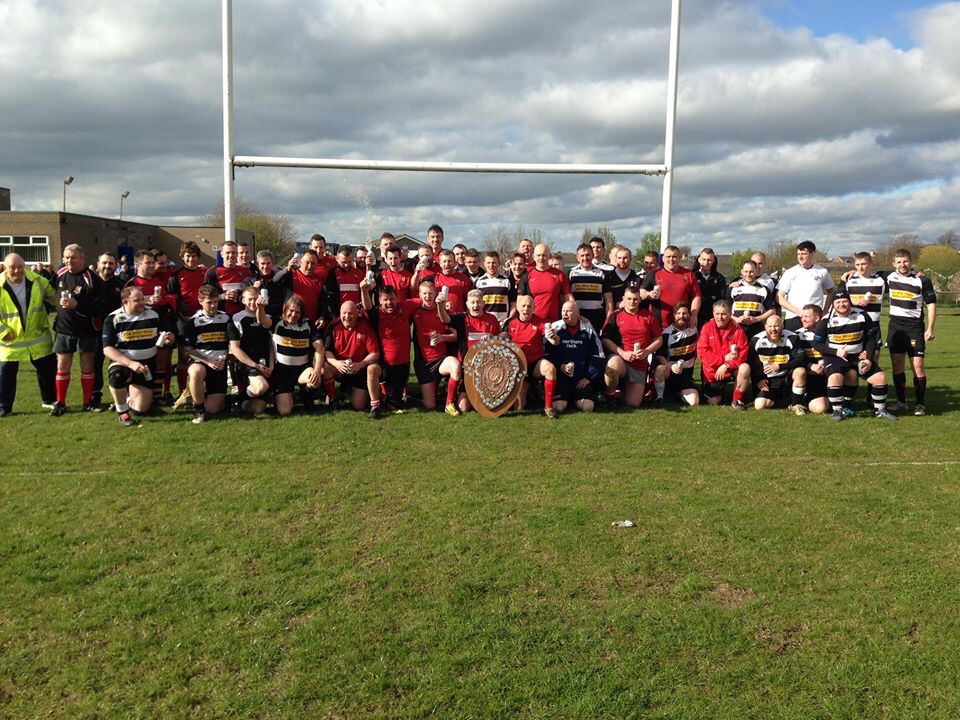 Bricks retained the Shield in a hard fought battle with Houghton at Ryton, establishing a 20 nil lead, only for Houghton to pull it back to 20-12 before the Bricks forward power took control. Had it not been for Houghton losing their flyhalf and centre early in the encounter it may have been a different result.

This was a very entertaining game and was watch by a cowd of about 300 people.

Thanks to Kevin Costello for taking the photos 700, so it will take a while to view them.

It was a Cup final which meant 13 subs available from the Bricks squad alone and at least 2 players could play each position, choosing a starting line up is hard, choosing 7 subs was going to be just as hard. As it happens the game was so tight (7 points scored on final whistle) we only got 5 subs on the pitch on the day, but the whole squad support the outcome. 2s had a cup final and the 1s & 3s league games but they still contacted us to see if we had any injuries and needed cover. There was never going to be anyone but Bricks Players on the pitch for the final, every player had earned their Bricks Polo shirt.

We started with our usual travel to the game, a coach to Ryton was a short hop, but it got everyone at the ground together and had our usual array of past Bricks to support us.

The game, good chance if Davy Hall hasn’t lost his notes we will get a match report this year, wonder if it will include last years…. here’s an interim for what i remember anyway:

The game started with the traditional walk from the club house

Houghton Boars were great sports at the end of the game and in the bar, it was a very good side and a credit to their club, see you next year.

The travel back was equally as short, singing was loud and we got bak in time for Beer Pong against the 2s and Karaoke, led by Horse, Harry and Anth. It looked like no one was ever going to leave and I have to say half naked (some possibly a little more) YMCA was in there somewhere and Windy hugging a John Smiths Beer jug, (big thanks to Jimmy Simpson who left money behind the bar for our return) then announcing he was tired and going home when it was empty… :-) yeah right.

Outcome: fantastic day, Shield back at Blaydon 5th year in a row and 6 out of 7 years, good drink had by all who wanted it, good fun in the club house after the game, magic day.

Next week we’re back at Ryton for our last League game.