Blog - Latest News
You are here: Home / News / Bricks loose out in a Boxing Day special, but only just: Blaydon Bricks... 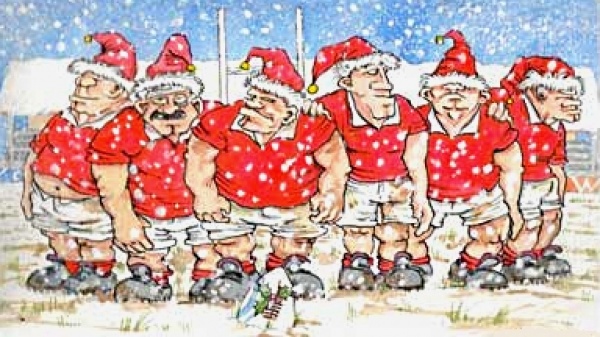 Bricks loose out in a Boxing Day special, but only just: Blaydon Bricks 12, Ryton IX 19

Bricks (Past & Present) ran out of fire power and were out scored by a very large squad from Ryton, with a number of them very fit looking for a 2/3rd team squad.

This was badged as a Development / Bricks squad, but 3 of the 4 Development players who made themselves available, cried off before kick off, but our thanks to Sam Boggs for putting his heart and sole into the game, well played, sorry about the broken nose.

We did have four Blaydon 1st team players watching on the side line, who would have loved to have taken part, but understood when told what had been agreed. So we lost the game, but will play the second game exactly the same way, bring it on.

It was a great display by the Bricks team, who were missing a couple key positions, still with a few extra subs to give fresh legs, we could easily have pulled off the victory.

Thanks to Scott Urwin, Nelly and Texas for guesting on the day to help us get a side out.

• Anth’s drop with the try line beckoning, has to be the first mention, he blamed the pass, we think it was just over excitement, but anyway he dropped it with the try line right there.
• They was some big hits going in; Harry, Keith, Paul, Nelly, Gerry,
• Good to see Nelly back with the Bricks, he fitted straight back in and was all over the park
• Good to see Gerry back, although we were second fiddle, when his game at Consett was called off. He was asked to play flyhalf and how the side line was concerned when his first kick went straight across the park, just outside our 22, but he played well
• Keith’s calf went before the game, but they was no stopping him going on against Ryton, we kept asking if he was alright, he assured us he was, which was greeted from the side line by, well run then. Only way he was coming off was substitute him at half time.
• Andy Turland made as short come back, going on late in the game, rather than his normal coming off early
• Biglad was seen flying up in the air off a tackle
• Gav Stainsby turned out for Ryton and was given a warm welcome with hits by Harry and others, followed by a ribbing by the sideline, when shortly after 2nd half kick off he dropped a high ball, which we attributed to fear from Joe Snowdon bearing down on him.
• Amazing to see after all this time Texas has actually learned to tackle

• Ryton had no answer for the strength of our scrum, no matter how many changes they made.
Well we get to do it all again this Saturday, with the return fixture up at Ryton on 2nd January, lets see if we get a better turn out from our Development Squad.