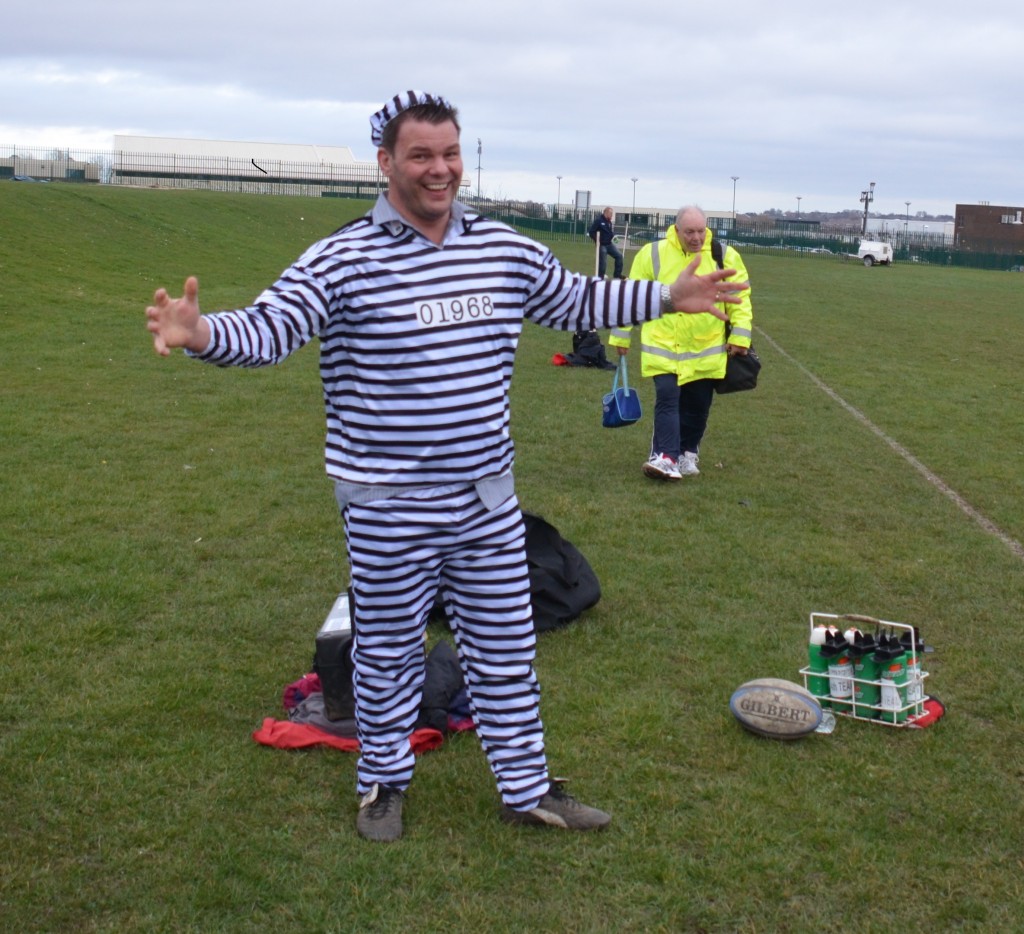 A number of people unavailable and 5 players (Paul Winter, Stu Bailey, Charlie Johnson, Thacks & Coatesy ) helping out the Development with their Cup Semi Final resulted in a very changed line up and some past Blaydon Players (who after seeing them in this game they should be player again) showing up to help get a Bricks side out packed with power and pace. The Bricks outgunned Westend in every element of the game.
Finnas brought Alex Gardiner and Max Loring from his old U18 team, two really good players who should be playing with the lads in the Development and will always be welcome back into the Bricks side.
Richard Hails and Alex Short made comebacks, 2 good players who were soon showing their class.
Our thanks to Surrey & Sean Pyle who guested
Highs & Lows
• Keith in a convict outfit for a Red Card last week, see photos.
• Surrey, Woody and Alex Short making big yards on carries
• Richard dropped 4 balls and asked me to mention his two good kicks to try and offset it, they didn’t
• Ball off the top of the line out, down to Stu, thru his hand, thru his legs (which way did it go) and lost to Westend
• Followed by Stu passing to Westend 10
• Finnas pulling at Alex Gardiners hair in a ruck, to wind him up
• Windmade kicking a lottery, which we played a few times, but by the second half against the wind we kept it in hand and battered thru Westend defence
• Stu having a go at Cliff for comments not being positive, then at next breakdown Stu screaming ‘this is not acceptable’
• Divers runs in from 50 yards and got took off for being out of breath, twisted angle really but not as much fun
• Windy yellow carded, he’s getting to be a collector