Blog - Latest News
You are here: Home / News / Blaydon Pre-Season well underway, with three friendlies to be played in... 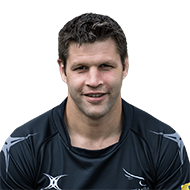 The 2017/18 season preparations are well underway for Blaydon’s North Division 2 campaign under the new leadership of Ally Hogg.

Our goal for the season is an immediate return to National Division 1, that does not mean we don’t recognise the challenge ahead of us, with some very good teams in ND2.

We also look forward to reviving old rivalries against the likes of; Otley, Tynedale and Wharfedale