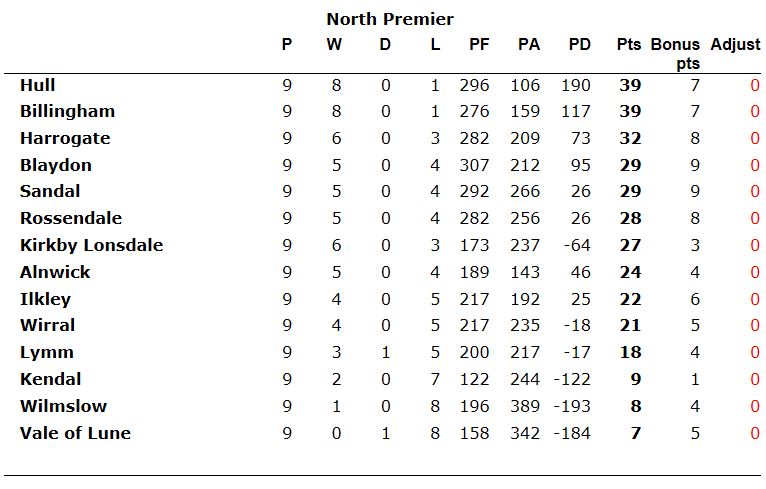 Blaydon finally got back to winning ways but having made a blistering start to lead 26-3 gradually saw their lead whittled away and by the end it was down to a fragile 5 points.
With their backs running riot a try scoring bonus point was in the bag after just 18 minutes but by the interval the visitors had pulled back 2 tries and with a superior pack were threatening to turn it round.
Alex Clark burst into the Wirral 22 in the 3rd minute to hand on to Dan Marshall who zipped past a bewildered defence to touch down under the posts for the opening score with Jamie Guy adding the conversion. Six minutes later winger Frazer Wilson made a searing break leading to a short scrum from which Keith Laughlin broke off to send in Marshall for a second try with a neat diagonal run.
On 11 minutes lock-forward Jack Davidson went over from close range, Guy converting, to make it 19-0, three tries having been conjured from three attacks.
James Annetts landed a penalty for the visitors but Blaydon quickly secured their 4th try when they elected to run from their own line with some excellent passing for Jack Appleton to race in from 30 metres, and Guy once more on target.
And then the cracks began to appear with Wirral spending a long period in the home 22 culminating in a try for prop-forward Ryan Higginson on the half-hour. Blaydon were now regularly under the cosh in the scrums and leaked another try right on the interval, live-wire Wirral fly-half Annetts strolling through a massive gap and adding the extras himself to make it 26-17 at the break.
Guy extended the Blaydon lead with a 53rd minute penalty but the home side were no longer an attacking force, constantly finding themselves on the back foot mainly through failures to secure possession and then losing Dan Taylor to a yellow card.
Scenting victory the visitors piled on the pressure and were rewarded with a Matt Dalton try and Annetts conversion to narrow their deficit but Blaydon valiantly held on for a much needed win. 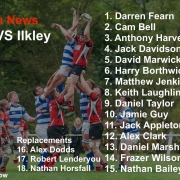 Saturday 15th December - From the Touchline 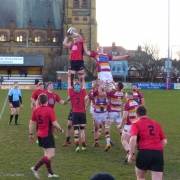 Hard Day for Our Red Boys on the Road

From the Director’s Chair – Blaydon Vs Ilkley
Scroll to top