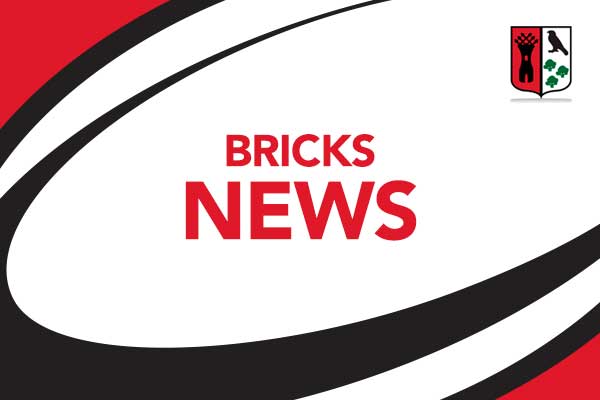 We delayed the start of the Bricks season as we always seem to struggle to get people off the couch for the first game, as the week started, this looked a sound decision and things were looking promising, then it all went pear shaped:
• We lost 4 players to the 2s; Damien Martinez, Guesty, Stracks & Vinnie
• Rockcliffe put us on the geeeeet, geeeeet big AGP
• Our thanks to  Andy Turland & Windy for turning out (from early retirement) to help us get a team out
• Rockcliffe 2 V Alnwick 3s got cancelled – meaning no draw on Rangers players to play up

So, 13 valiant men went off to Rockcliffe, Rockcliffe kindly loaned us 3 players, I know 13+3 makes 16, but one of theirs who started for us got injured, our thanks to Rockcliffe and more importantly Alex Scott, David Graham & Dave Hill who played for us.

Highs & Highers:
• Many of the Bricks took knocks, loads were using cold spray and playing on.
• Andy Turland, came out of retirement to help the team, broke his arm, tried to play on and had to be escorted from the field, in the vein of the Monty Python knights sketch…
• Keith Oliver offered us 20 mins and played all four 20mins, as he would, and will no doubt not be able to walk properly for at least a week.
• Cameron stepped up and volunteer for hooker, but WBR decided the great big looking prop on the side-line, wasn’t right to prop that day and we played uncontested. Cameron put ball into lineout straight, but I’m sure Keith can coach that out of him!
• James Miller made his debut at scrum half and put himself about, playing with his dad (Windy) for the first time

• Paul Winter was everywhere and without doubt, (it’s written in the match report so is unquestionable) legally, spent time educating/persuading Rockcliffe players their constant stopping the ball coming back to us was, at least inconsiderate, bordering on just, well naughty!
• Divers and Savs had them mesmerised with lines of running, very few straight….
• Peter Andrew Bath battered through the centres making good yards, while Damien A-B in the centres made good yards avoiding contact.
• We thought we were in for a quiet-ish day with Guesty going with the 2s, but Joel stepped up, constantly talking, asking irrelevant questions, it was like having a mini-me Guesty. Joel, well done in your first full game of rugby and only 2nd game of rugby.
• Nic looked at the team sheet, did well for a southerner and counted to 13, realised it was going to be a long afternoon. He never faltered, played the 80 and left nothing out there, welcome to Bricks rugby Nic.
• Justin was like a man possessed, he was everywhere, tackles, turnovers, wrestling for the ball, annoying WBR and was deservingly our MoM

Windy walking one of the Rangers players to one side, after he tried to pull Jame’s head off was not discrete at all.

The only negative on the day (outside of the injuries) was I kept forgetting to take on the kicking tee, but that pitch was so big I was tired just running (well trotting) the water on…

With ball in hand Rockcliffe couldn’t handle the Bricks and if it wasn’t the first game of the season, with the mistakes that come with it, spilling possession, etc, if we’d lost 2 instead of 4 players, this could have been a win, Rangers were please to kick the ball off in the end to end the game.

Couldn’t be prouder of the team who took the field, Rockcliffe will have known they’d been in a game and would have been hurting Sunday from a very physical game.

Scorers:
Trys: David Graham (WBR), Divers, Savs
Conv: Divers 1 – it surely would have been more with a kicking tee!

From the Touchline – Bill Locke
Scroll to top