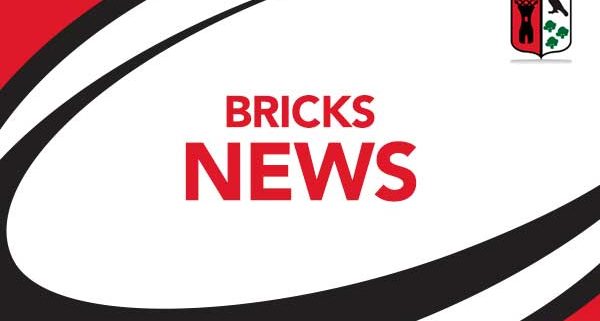 Bricks finally got back to league rugby and came up with a win. First of all, let’s start with an apology to North Shields, with injuries and unavailability we were unable to field a front row, which is a very strange position for Blaydon Bricks to be in, our strength is normally in its set piece. This had to be one of the youngest, most mobile Bricks team to ever take the field, so the uncontested scrums were certainly an advantage to the Bricks on the day, on the positive side, both sides got a game.

League: http://northumberlandrugbyunion.com/clubs/county-leagues-and-merit-table-2019-20/river-blyth-league     not updated from December yet!

• Debut from Liam Hills coming through from the youth set up
• Michael Sturla guested for Bricks in the backrow
• Hopey has returned from Oz, with a head of hair that needs to be seen, see photos
• Steve Sewell making a return, for his first game of the season

Highs & Lows:
• The wind was a major factor and hampered any attempts at backs flowing rugby
• Bricks took a while to capitalise on the wind advantage in the 1st half, Crusaders knew exactly how to play in the 2nd half, down the hill, with the wind, kick it into the corner and being only a score down at half time must have thought the games was there for the taking.
• Justin and Paul (from his injury position) brought great focus to the team and galvanised it into a force that would have beaten most teams on the day!
• Our backrow; Michael, Steve and Justin were all over the park and didn’t let Crusaders have time to think
• Adam secured good lineout and with Matthew got around the park like a 2nd backrow.
• Great to see Liam make such a contribution in his first senior game, a lot more to come from this young lad.
• James ran the game from flyhalf and with the lines and power of Peter and Divers gave Crusaders a hard time all game.
• It wasn’t much of a day for wingers attacking play, given the wind, but in partnership with Matt our back 3 defended very well in the 2nd half against the numerous long kicks and ran it back to link up with the rest of the team.
• Nic showing us his thumb after the game and asking someone to pull, it….. played for some time with it and thanks to North Shields Physio for straightening it. All after I gave him so much sh1t about crying off a load in lats few games…. Team player! Well done.

Overall a great team display, although this was not a team used to playing together, they jelled quickly and ran the legs off the Crusaders, who lost the 2nd half with advantages of going down the hill and with a strong wind.