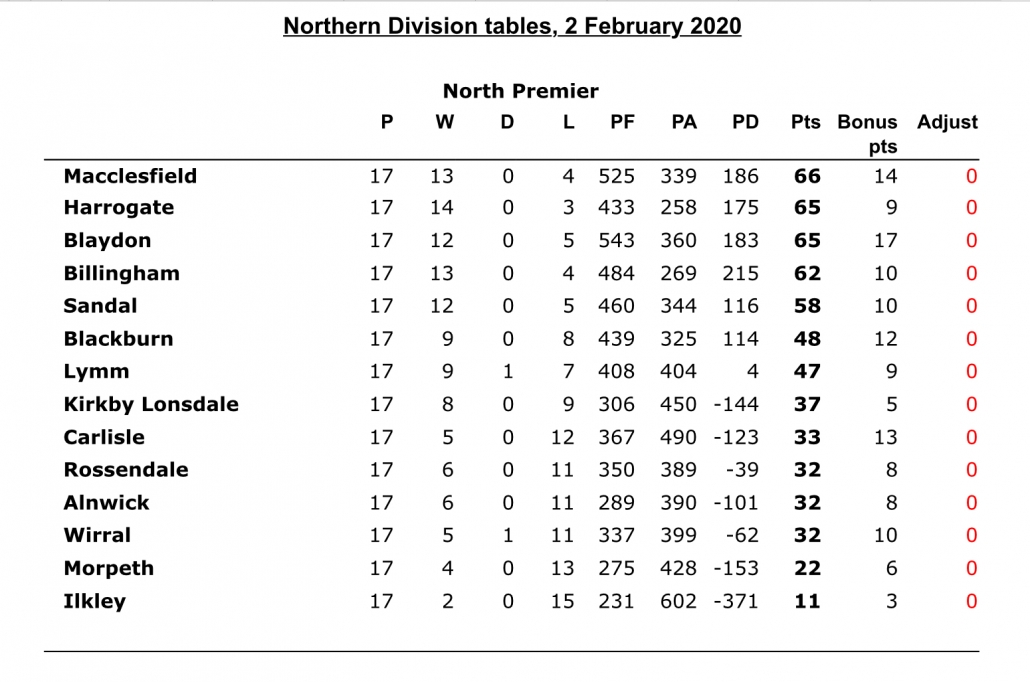 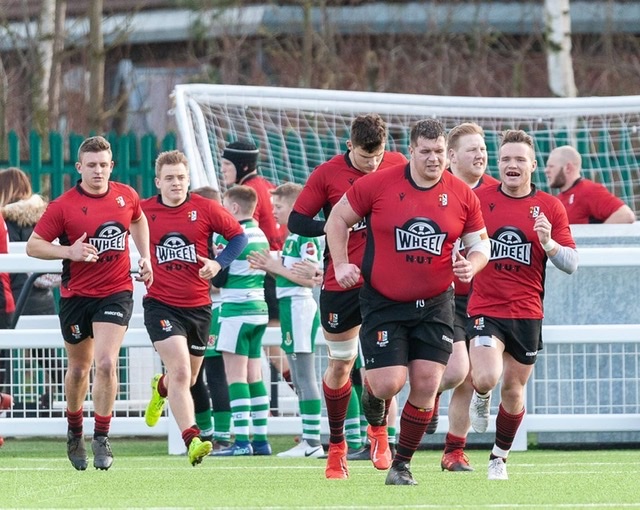 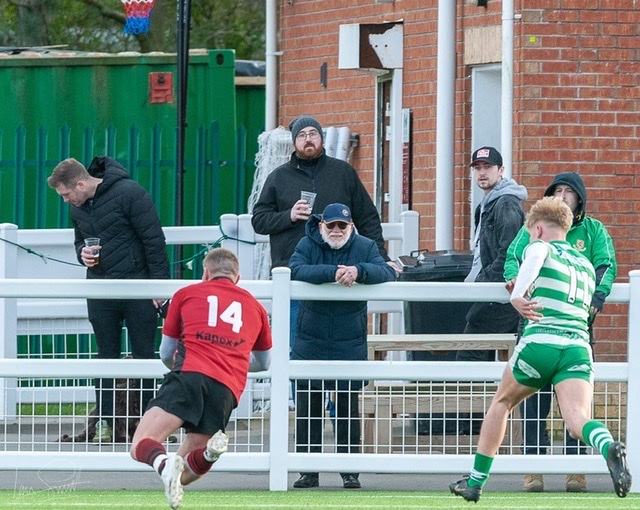 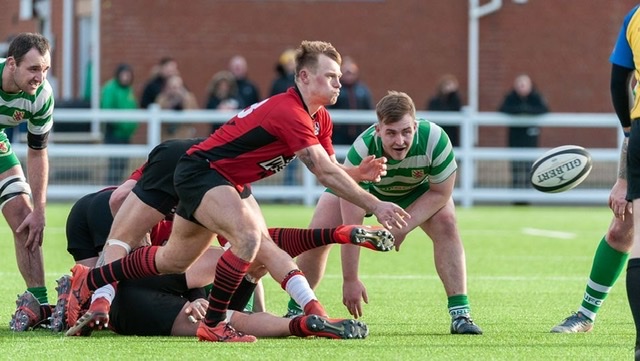 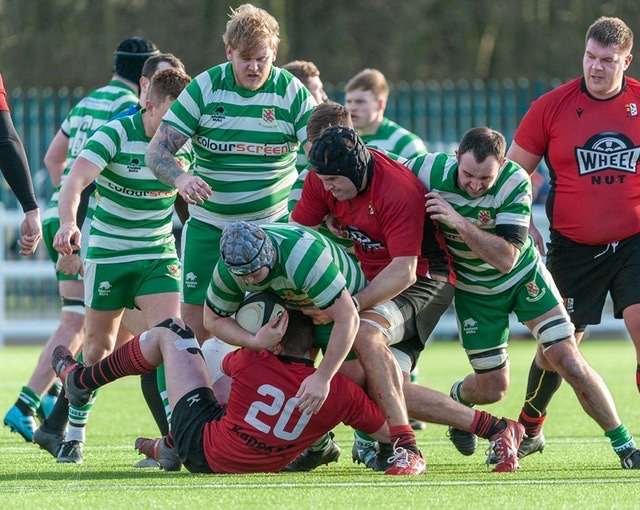 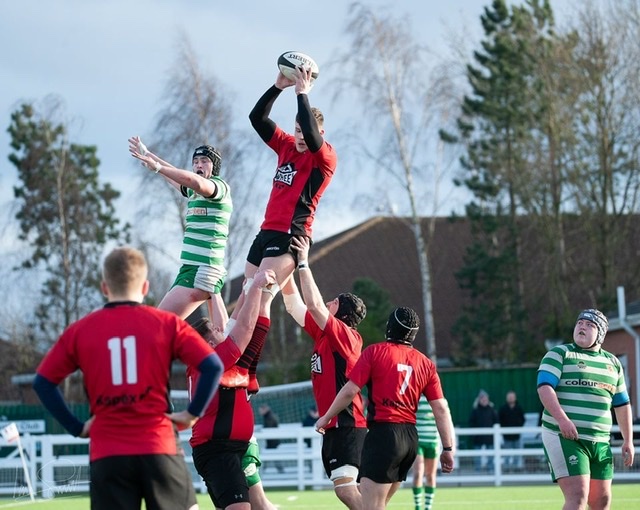 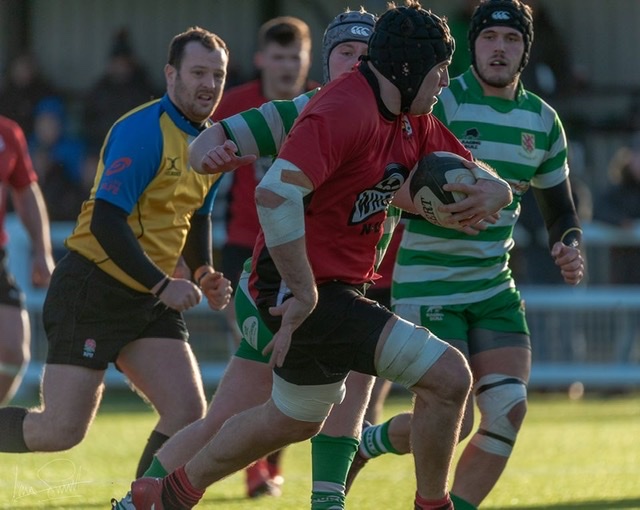 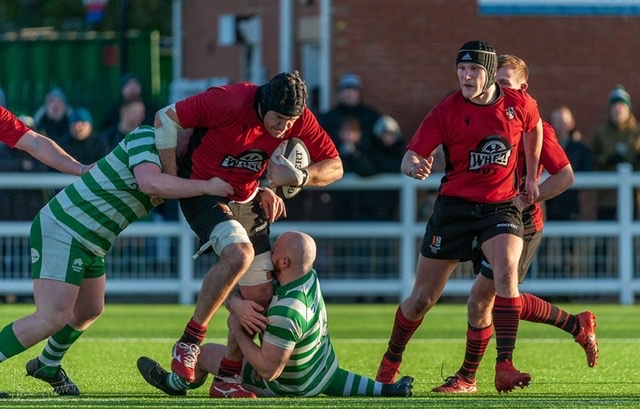 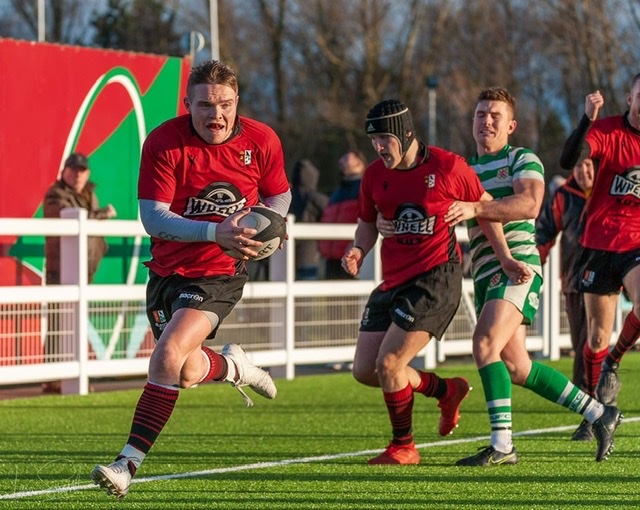 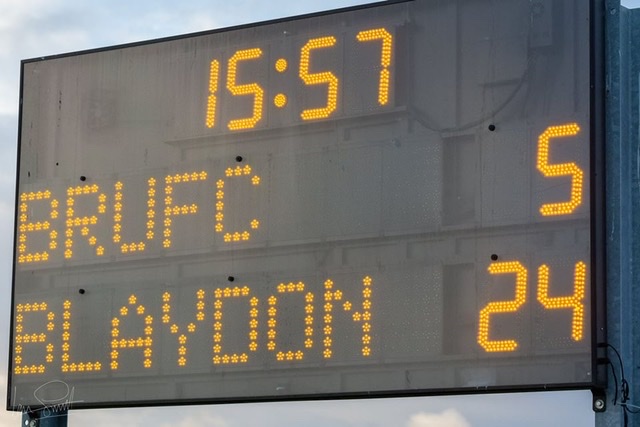 With a superb second half display, Blaydon blew away Billingham in an emphatic fashion with their pack which included winger Frazer Wilson at hooker due to the injury situation and their backs posing a constant threat to the home side’s lack of direction.
The first half was fairly even with both sides nullifying each other in forward exchanges and when the ball eventually reached the three quarters, the windy conditions did not help.   However, a late James Cooney try gave Blaydon the lead and the second half display took the game away from the home side.
The game evolved slowly with firstly the home pack testing their visitors who stood firm and repulsed several attacks.  Blaydon then came more into the game with their three quarter attacks making good ground and looking dangerous.   However, two injuries in quick succession just before the half hour saw Captain Jack Davidson retire with a leg injury and then centre Alex Clarke suffered a severe hand injury necessitating a hospital visit.  Blaydon then changed their team with second row Alex Charlton making a welcome return after a four month lay off and new signing Sam Stuart making his club debut at scrum half with Dan Taylor moving to 10 and Jordan Carey into the centre.
For some reason, the enforced changes saw Blaydon up their game and five minutes of forward pressure in the home 22, eventually saw the ball smartly released and James Cooney popped up in the centre to score the first of his two tries.
After the interval, Blaydon continued to dominate, and a superb Harry Borthwick run from 22 to 22, breaking several tackles, began another siege of the home line and eventually influential scrum half Stuart darted over for Carey to add the points.   The expected home revival did not materialise, continually losing possession and struggling in the tight, and it was again three quarter initiative and a series of fast attacks which saw Keith Laughlin burst over from ten metres to increase the lead and Carey again to add a successful kick.
The home side then had a period of territorial advantage and after a Darren Fearn yellow card, they reduced the arrears with an unconverted try in the corner but gradually the Blaydon depleted pack regained control and finally upon Fearn’s return to the field, Blaydon scored their bonus point try when scrum half Stuart cleverly kicked over his forwards for the home opposition to be caught in possession, dispossessed of the ball, and that man Cooney again popped up to race in from 15 metres to increase the lead to 24 – 5.
This was the final score line with the Blaydon side arguably producing their best display of the season, particularly in the second half, with a combined team display.   The win sees Blaydon now in joint second place behind new leaders Macclesfield who emphatically beat Harrogate with Billingham slipping down to fourth having recorded their fourth successive defeat.
Well done lads!!  Keep it going!!
JIM HUXLEY
http://www.blaydonrfc.co.uk/wp-content/uploads/2020/02/14DF03E3-492D-4416-82ED-2B7F62053493.jpeg 579 1402 bruce100 http://www.blaydonrfc.co.uk/wp-content/uploads/2018/06/blaydon-rugby-club-logo.png bruce1002020-02-02 07:31:342020-02-03 12:15:10Billingham 5, Blaydon 24 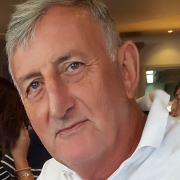 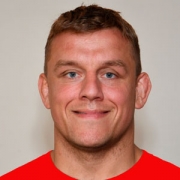 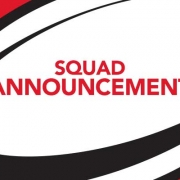 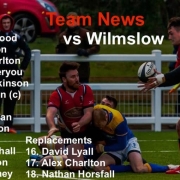 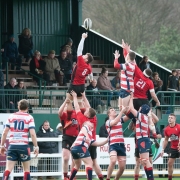